I left the drone in the bag, didn’t mount the GoPro to the car as I always do for driving and wide-angle shots, ditched my Sony mirrorless Alpha 7 III and beautiful 24-70mm 2.8 glass for interviews, and instead shot every frame of the 25-minute episode on a cellphone.

Why? Because I wanted to see if the 13 Pro was everything Apple it cracked up to be.

How did it go? Well, I’m very impressed — in love actually — with one key feature, and that one is all about video.

Impressions of the Main New Features

Cinematic Mode, which blurs the background of vidoes like Portrait Mode does for stills, is the star attraction of the four iPhone 13 models from the Mini to the Pro Max and it’s arguably even more impressive in action than in Apple’s hype-filled demos. But there are some drawbacks. More on that in a bit.

Macro photography makes an appearance on the new iPhone 13 Pro and Pro Max, and this is another welcome addition. I don’t have a lot of use for macro, but there are many photographers who do — including eye doctors. Still, it’s fun to get in real tight to a subject and watch the macro kick in. Plus, even if you don’t shoot bugs and the like, you can get some crazy shots of your cat this way. 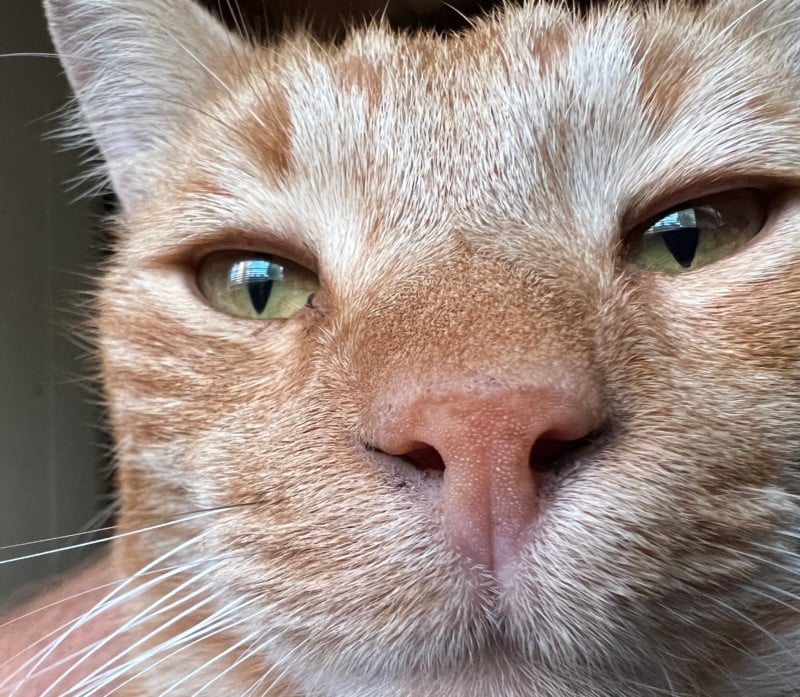 The new telephoto lens on the Pro models expands to 77mm from the previous 65mm, but the extra throw in practice feels pretty minor. It’s hard to see a massive difference here, even though I did welcome some close-ups of buildings from down on the ground that were tighter than I got on the 12 Pro. 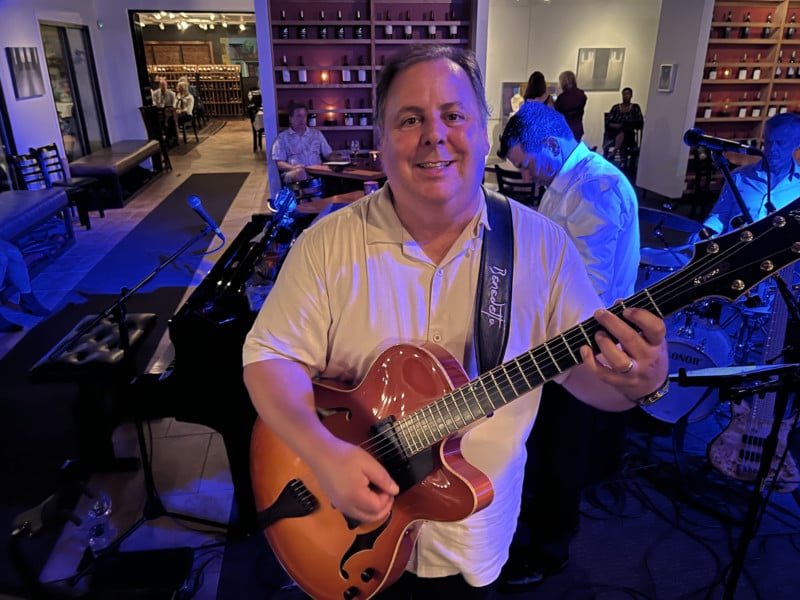 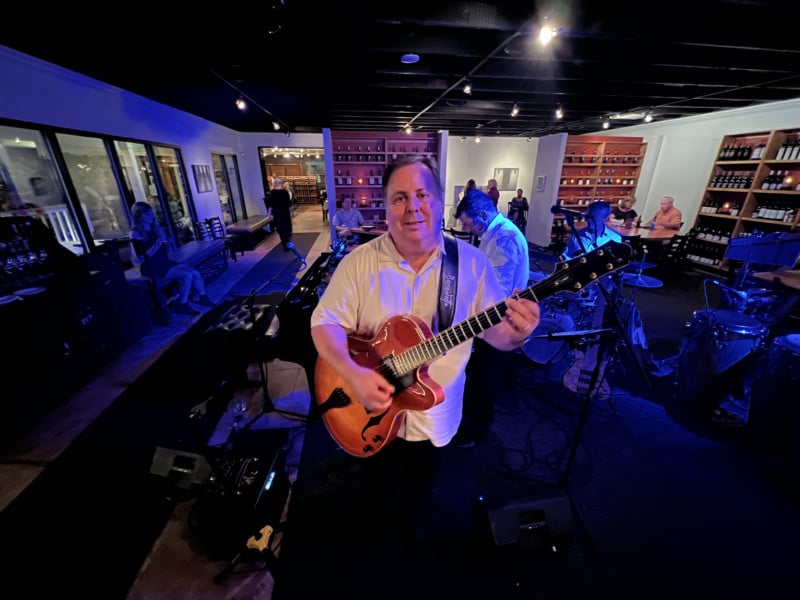 Below are a few other photo examples: 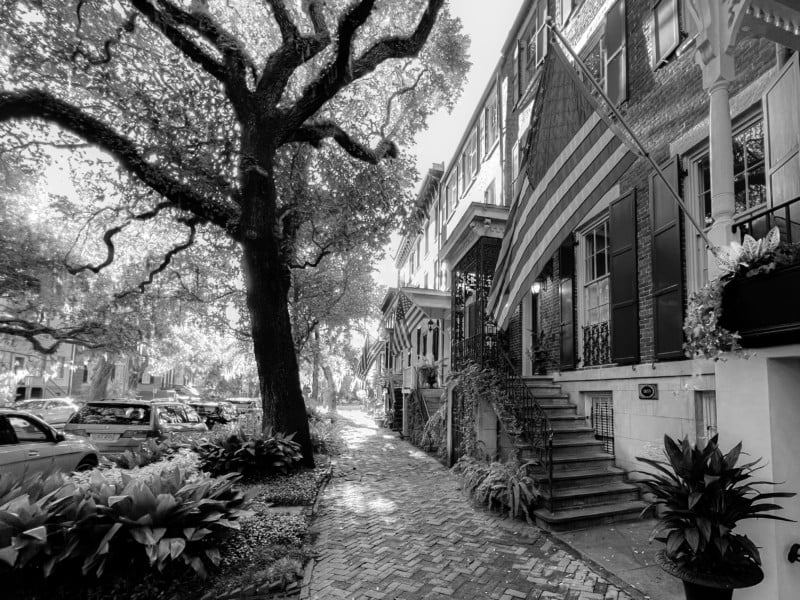 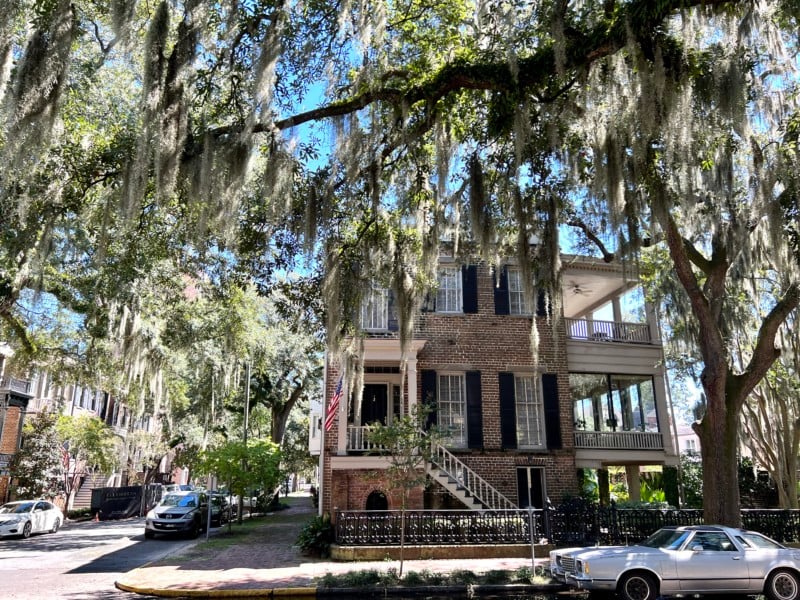 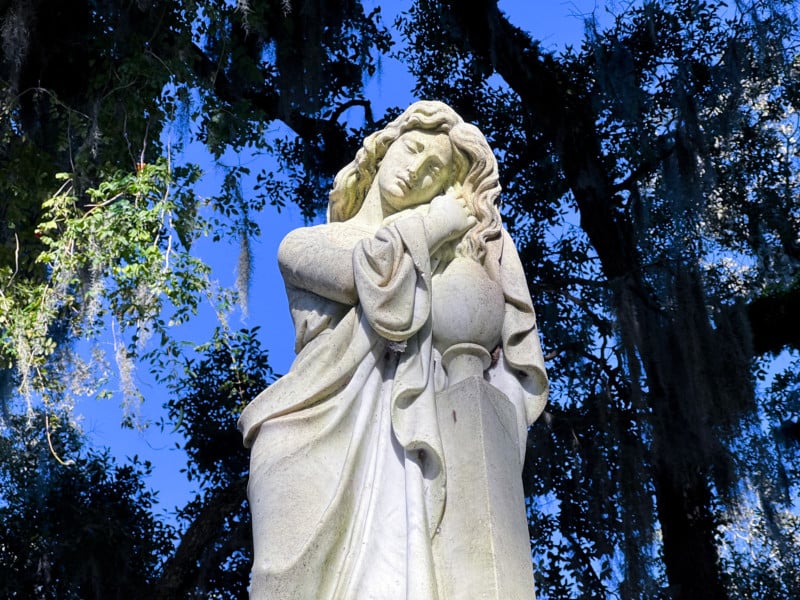 Rack focus for video is another feature highly touted by Apple for the new phone, and it’s pretty incredible. You focus on one subject, move the camera and it quickly refocused on the new subject. When it works, it’s terrific. I had several instances where it didn’t, however, as the camera hunted for focus, but that’s okay. I was making a movie on a cellphone, for crying out loud. Who expected anything to look this awesome?

Limitations of the iPhone 13 Cinematic Mode

This brings me back to Cinematic Mode. It’s very similar to Portrait Mode in that when it’s good, it’s amazing, and that was about 99% of the time.

That said, I don’t think many people realize that you can’t shoot in 4K in Cinematic Mode. It’s 1080p only, at least for now. Regular video is still available in 4K, in a variety of frame rates, though.

Another thing most might not know is that of the heavily hyped three lenses of the iPhone 13, –ultra-wide 13mm, wide 26mm, and 77mm telephoto — only the wide is available for Cinematic Mode.

How to Import and Edit iPhone 13 Cinematic Mode Video

Let me save you from several unwelcome Apple heartaches when it comes to editing. Let’s say you shoot the nice blurry background, you look at it on the iPhone, and are so happy with yourself for shooting this way because it looks incredible.

Then you import the footage to your computer and… huh? What happened to the blur? It’s gone. Instead, it looks like you shot the scene at f/16: as flat as a pancake.

If this is you, I have two immediate fixes for you.

Apple doesn’t tell you that you need to click on a special transfer setting to alleviate this problem, so allow me.

I use AirDrop to send all my files from the phone to the Mac. When transferring this way, click “Options” at the top of the screen. Then make sure that “All Photos Data” is clicked. This ensures that your clips will be sent in “original quality.” 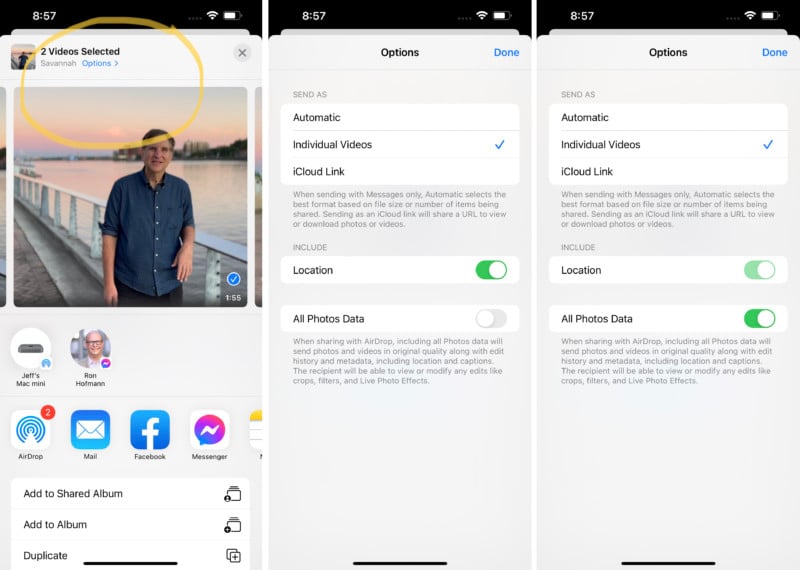 If you forgot to do this, there’s another workaround. Select the clip in the Photos app, and click “edit.” Here is where you get to adjust the amount of blur the artificial intelligence add to your video. By default, it’s listed as a computerized f/2.8. Change it to f/2.0, save the file, AirDrop it, and see in full background blur on your Mac. 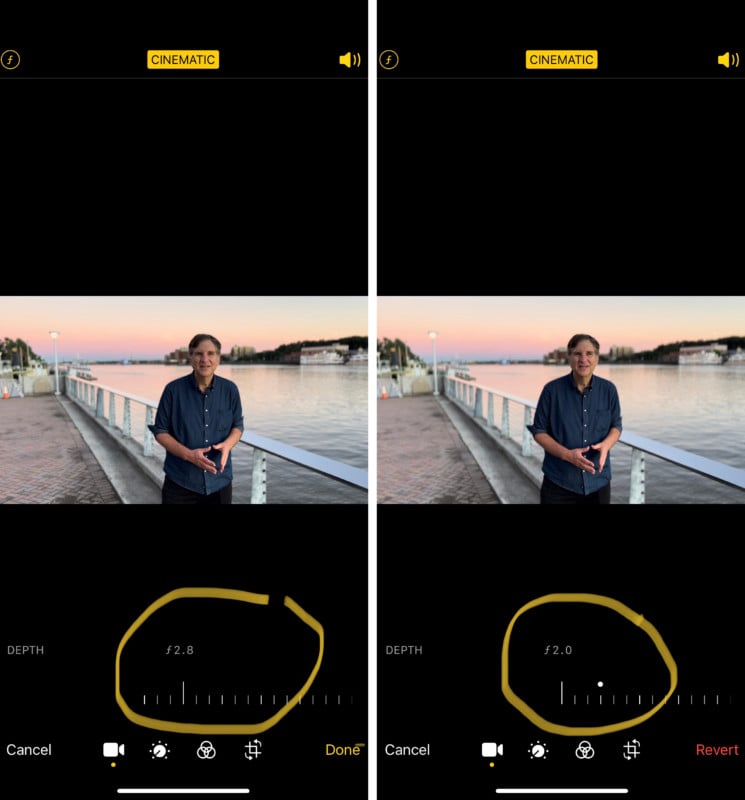 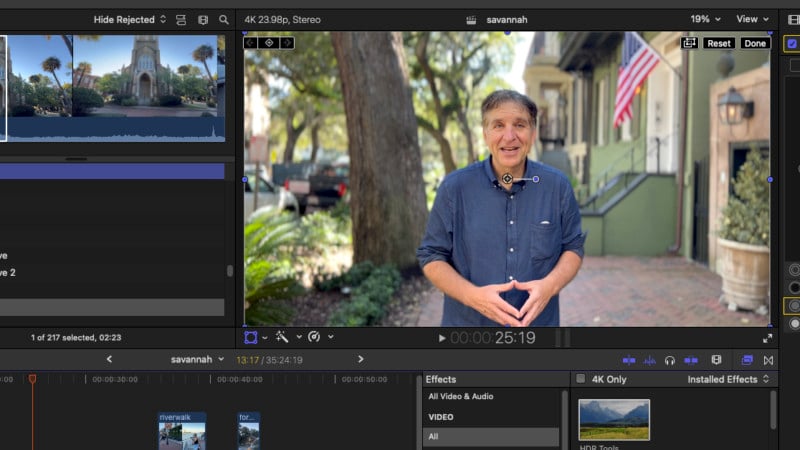 Another issue to look out for, and while it’s not exactly new, could stop you in your tracks. Since the iPhone 12 Pro models, Apple has offered the ability to shoot video in HDR Dolby Vision, which is touted as “10-bit high dynamic range” with richer colors. If you select this feature, your Cinematic Mode can go full HDR for you, even if shot at 1080p.

But when you import the footage into Final Cut, it looks massively over-exposed and in a word, awful. And this could have been just me, but I couldn’t even import the Dolby Vision footage into an alternative editor, Adobe Premiere Pro.

So back to Final Cut, and your saves:

In your Effects Browser, search for the HDR Tools filter, and apply it to your clip. Then in the Inspector, you’ll see an HDR drop-down at the top of the screen. Switch to HLG 709 SDR from HDR 709 and your clip will look normal again.

You can save yourself a lot of hassle by just turning off Dolby Vision in the “Record Video,” formats section in your iPhone Settings. I personally don’t think it’s worth it to shoot this way yet.

Do I Really Need to Upgrade?

Those headaches out of the way, back to the main question so many photographers have been asking: I just bought an iPhone 12 last year, or my iPhone 11 is fine, do I really need to upgrade?

If you shoot video, whether professionally, or just to strut your wares on social media, it’s a no-brainer. The Cinematic Mode looks that great and I’d upgrade to the 13 Pro in a second for this.

The other features… not so much. If you want a better zoom than the iPhone 11 or 12, I don’t think you’ll see that much of a difference, but there’s still no question you will get a way better, more powerful, and zippier phone with much better battery life than what was produced two years ago, or even a year ago.

About the author: Jefferson Graham is a Los Angeles area writer/photographer and the host of the travel photography streaming TV series Photowalks. The opinions expressed in this article are solely those of the author.