The SmokeGENIE is a battery-powered, pocketable smoke machine that its creators say is one-tenth the size of a typical smoke machine but can match the output.

SmokeGENIE is the creation of Practical Magic and Innovations (PMI) based in Hong Kong and founded in 2021 by Kelvin Chow, Peter Zhao, and Micky Wong. The creators say that they wanted to create a device that is capable of adding smoke or atmospheric haze to a scene without needing caustic materials or a giant machine. The company claims its device can literally make a stationary cloud in the sky with no need for special effects.

The company says that the “smoke” that is produced by the device is thicker than the smoke produced by standard smoke machines and is capable of making a cloud stay inside of a jar for a short period of time. It is also so viscous that it is “pourable” and will appear to even “stick” to a subject for a short time. 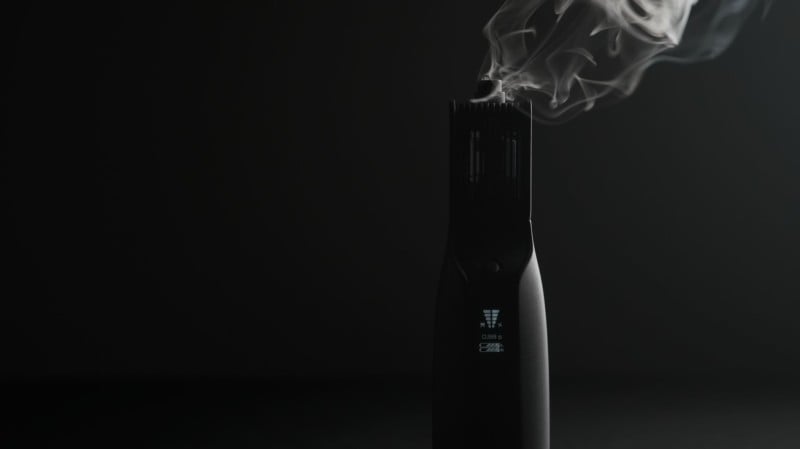 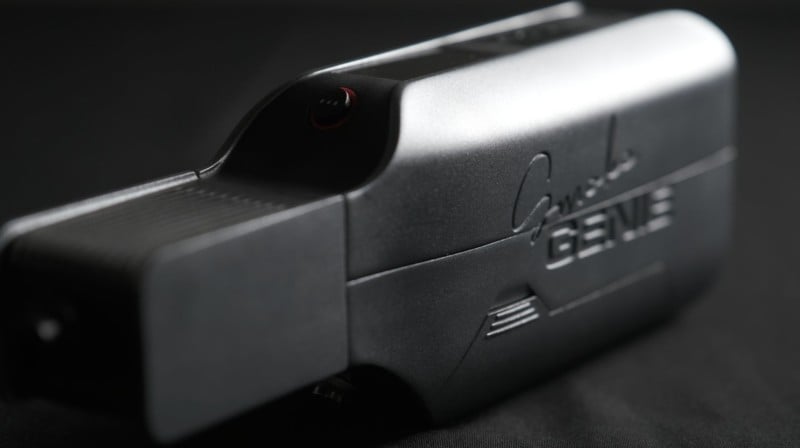 The device was born out of a desire to make creating smoke for use in photography and filmmaking not only easier to deploy but far more pleasant to work with. The team started by looking at the capabilities of vaping devices before building their own custom tool that doesn’t have the overheating and explosive issues that consumer-level vape pens can have when overtaxed while also is capable of creating a much thicker, longer-lasting smoke effect.

PMI also claims that it is far less harmful than what is typically used in the industry. Instead of using harmful chemicals, the team chose a glycerin-based solution that smells “pleasant” and is non-toxic. When asked about the safety of glycerin smoke, Chow tells PetaPixel that while it has not been tested specifically for vaping, it has been tested extensively for theatrical use.

“Glycerin has been tested for safety at least 56 times by the National Institute for Occupational Safety and Health (NIOSH)8,” he says, and pointed to a Wikipedia page that lists use cases for glycerin-based smoke.

“These tests include toxicity testing, eye irritation, and skin irritation. On top of the fact that this formula being safer, our machine has a built-in temperature control that would stop the machine before it overheats and ensures no harmful chemical would be produced,” he says.

“We certainly would not recommend our user to directly inhale the smoke from the machine, as this is not what we built the machine for. But according to our research, glycerin smoke actually would be a safer choice compares to traditional fog machines,” he concludes.

The capabilities of the pocket-sized smoke machine are clearly illustrated in the company’s Kickstarter video below:

Below are a few still photos that utilize the SmokeGENIE: 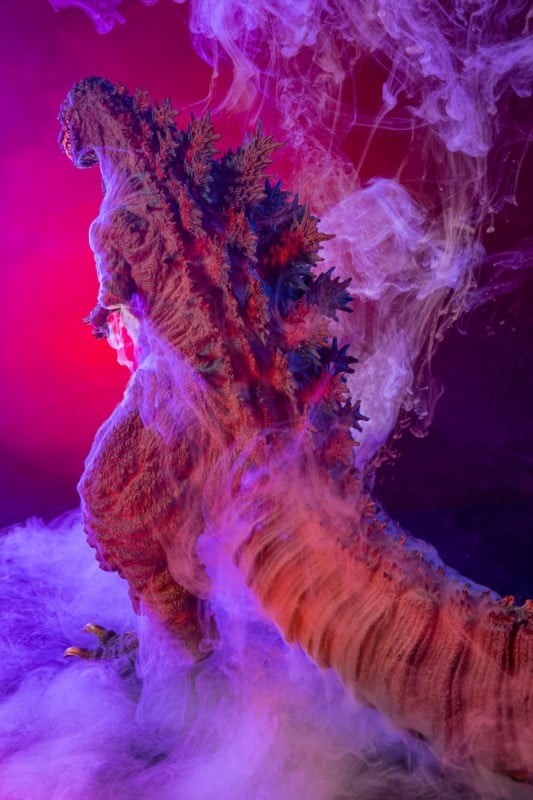 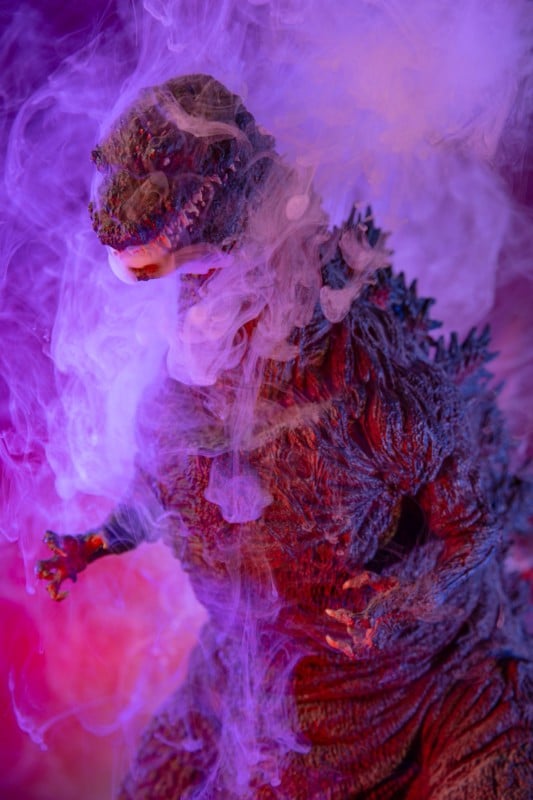 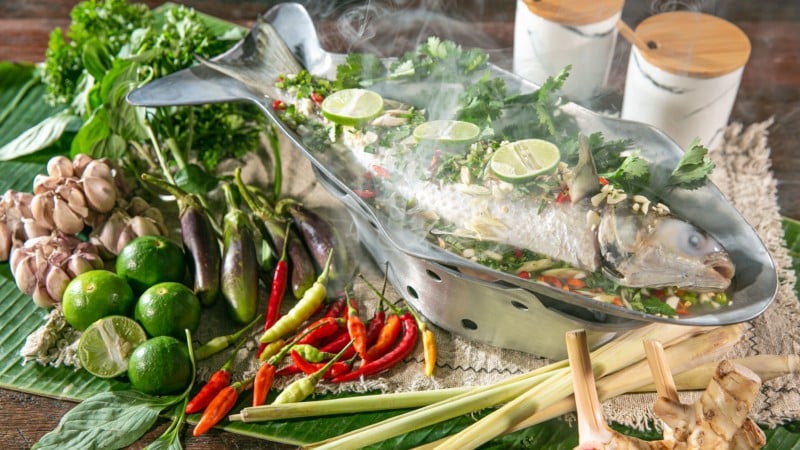 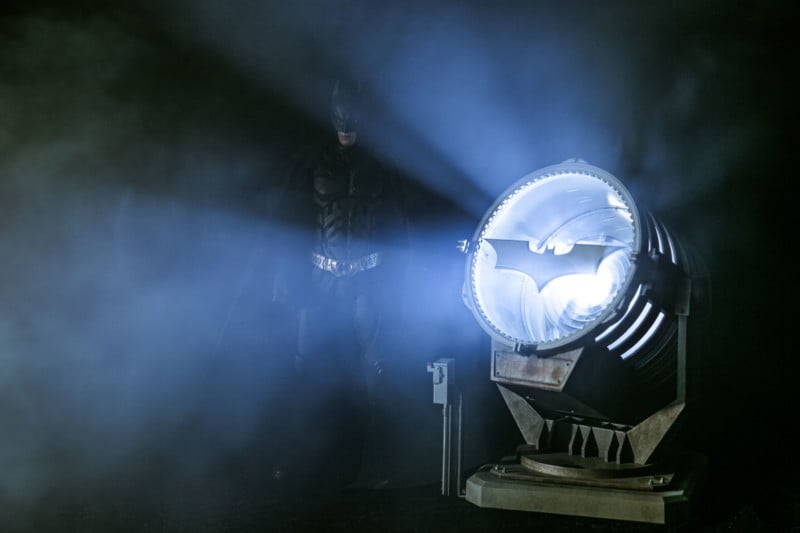 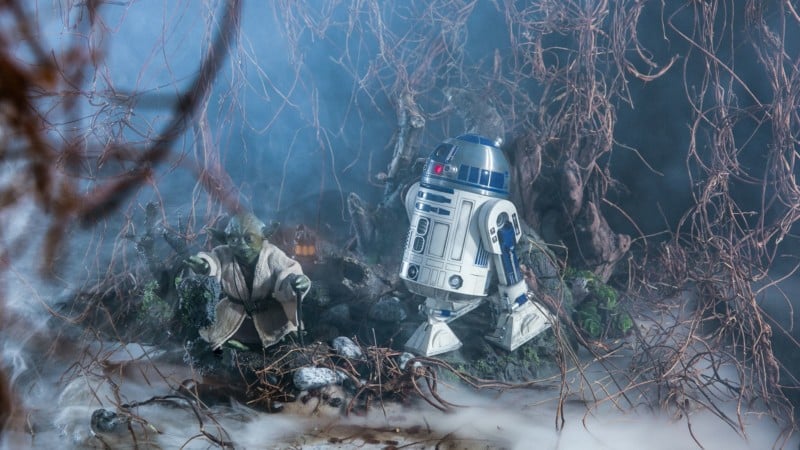 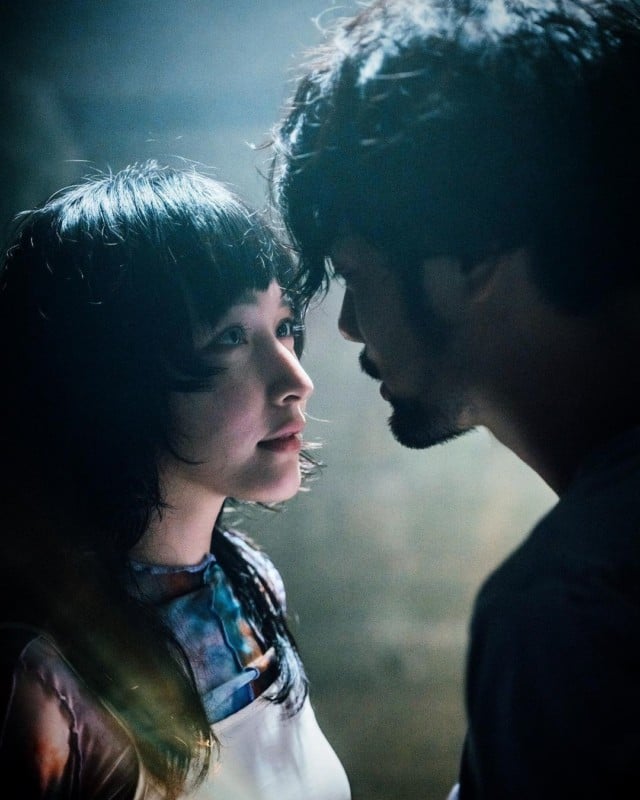 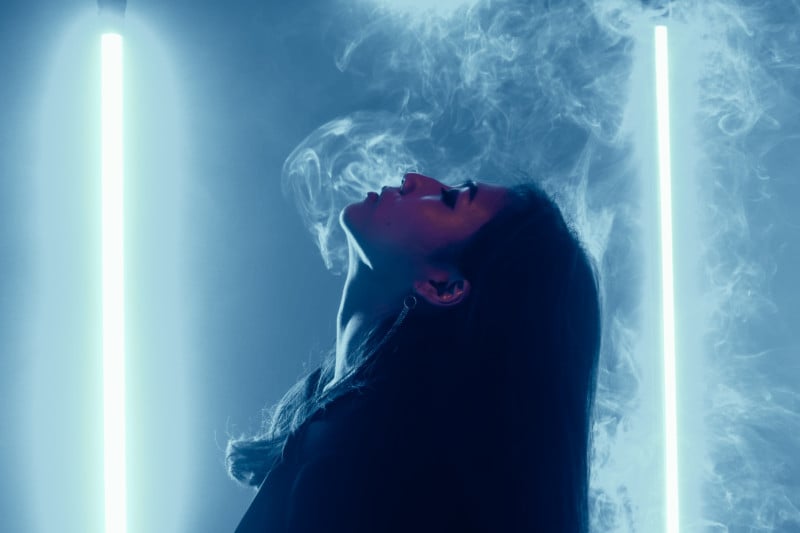 The PMI team equates the SmokeGENIE to an electronic smoke bomb that is easier to control and provides a much more stable smoke that lasts longer. In addition, it has a setting that allows it to create long-lasting atmospheric haze effects. At its lowest smoke output setting, the SmokeGENIE’s battery allows it to continuously operate for about 300 minutes. At its highest setting, it can output for about 40 minutes. One full nine-milliliter tank of glycerin will last for more than 15 minutes of continuous output before it needs to be refilled.

The company says that the SmokeGENIE can be operated by hand or remotely with a controller and can be outfitted with one of several different adapters for different effects: standard, haze adapter, precision nozzle, or a liquid or dry ice effect nozzle.

The company says that the creation of smoke is instantaneous and requires no waiting or boiling time to take effect and will hang in the air for 10 to 15 minutes in a ventilated room when dissipated with a haze fan, and up to 45 minutes in a room without active ventilation.

The SmokeGENIE can be backed on Kickstarter for as low as about $348 and up to about $373, depending on what level of stock remains in one of three categories.

Disclaimer: Make sure you do your own research into any crowdfunding project you’re considering backing. While we aim to only share legitimate and trustworthy campaigns, there’s always a real chance that you can lose your money when backing any crowdfunded project.

During its Sustainable with Google event on Tuesday, the company announced a range of improvements across its product portfolio that